Applied Behavior Analysis (ABA) is defined as the science in which the principles of the analysis of behavior are applied systematically to improve socially significant behaviors. ABA is a scientific problem-solving approach aimed at improving an individual's ability to learn, function, participate, and enjoy the social world around them. Behavior Analysis is synonymous with Behavioral Psychology, Operant Learning, and the Experimental Analysis of Behavior.

The ABA team at NWBHS proudly provides high quality behavior analytic services to children, adolescents, and young adults diagnosed with Autism. Our ABA team uses only researched based behavior interventions including, but not limited to, Discrete Trial Training, Lovaas Therapy, Incidental Teaching, Natural Environment Teaching, Pivotal Response Training, and Verbal Behavior Analysis. We maintain a small, close-knit, collaborative ABA therapy team, which allows our therapists to remain with their clients throughout the entire intervention process with little to no employee turnover. Our practice employs only highly educated therapists, which exceeds industry and national standards.

Kerri is the head of our department and lead BCBA. She has been with NWBHS for over 7 years. She graduated with her bachelors from Saint Mary's College-Notre Dame with a major in Communication Disorders and Psychology. While at Saint Mary's College she was the President of Autism Speaks-U. Following Saint Mary's she attended The Chicago School of Professional Psychology and received a Masters of Science in Applied Behavior Analysis. Kerri's passion for helping others started at an early age and she has been working with individuals with disabilities for over 17 years now. When Kerri's not working she loves to hang out with friends, family, dog Bingo, travel, and get lost in a book. She's a die hard Notre Dame football fan and all around sports lover.

Melissa Burke has worked in the field of Autism for over 20 years. Melissa graduated from the University of Kansas with a B.A. in Applied Behavioral Science, with a specialty in Early Childhood Intervention for Children with Autism. Melissa has experience working in multiple settings as a behavioral therapist for a wide range of disabilities. Melissa goes beyond what is asked to insure that her kiddos are thriving to the best of their ability. When Melissa is not working, you can find her cheering for the Chicago Cubs and the Kansas Jayhawks with her husband and daughter.

Melissa has worked with children with Autism for over thirteen years.  She is a graduate of Eureka College where she earned her Bachelor's of Applied Science in Special Education. Melissa is credentialed as an RBT with the Behavior Analyst Certification Board.  Melissa enjoys working with children of all ages, and loves being a part of each child's milestone and skill development.  Melissa was raised in the Chicagoland area, but moved here from Ohio when she was a small child.  Melissa enjoys spending time with her husband Mark and her puppy Delores. 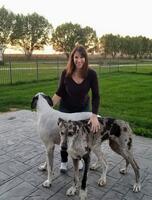 Sarah has worked with children for over 17 years. She is a graduate of Eastern Illinois University where she earned a Bachelor's of Science in Family Services and a graduate of Erikson Institute where she earned a Master's of Science in Child Development. Sarah is credentialed as an RBT with the Behavior Analyst Certification Board. Sarah loves to be a part of how kids succeed and loves to see them grow. Sarah is also a licensed health coach. When she is not working, Sarah enjoys spending time with her family and dogs. She also loves to bake and color. 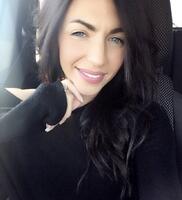 Nicole has worked with children with Autism for over 6 years. She is a graduate of Morraine Valley College where she earned an Associate's of Arts in Sign Language. Nicole is credentialed as an RBT with the Behavior Analyst Certification Board. Nicole loves to help kids grow and progress throughout their many challenges. When she is not working, Nicole enjoys spending time with her husband and 3 children. She also loves trips to Starbucks and trying new things. 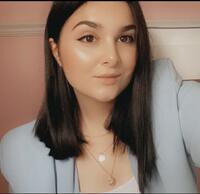 Nicole has worked with children with Autism for over 7 years. She earned her Bachelor's of Science in Psychology from Judson University and is currently pursuing graduate school in psychology. Nicole is credentialed as an RBT with the Behavior Analyst Certification Board. Nicole enjoys helping children succeed and grow. When she is not working, Nicole enjoys spending time with friends, family, and her dog. She also loves to be outside and drinking coffee. 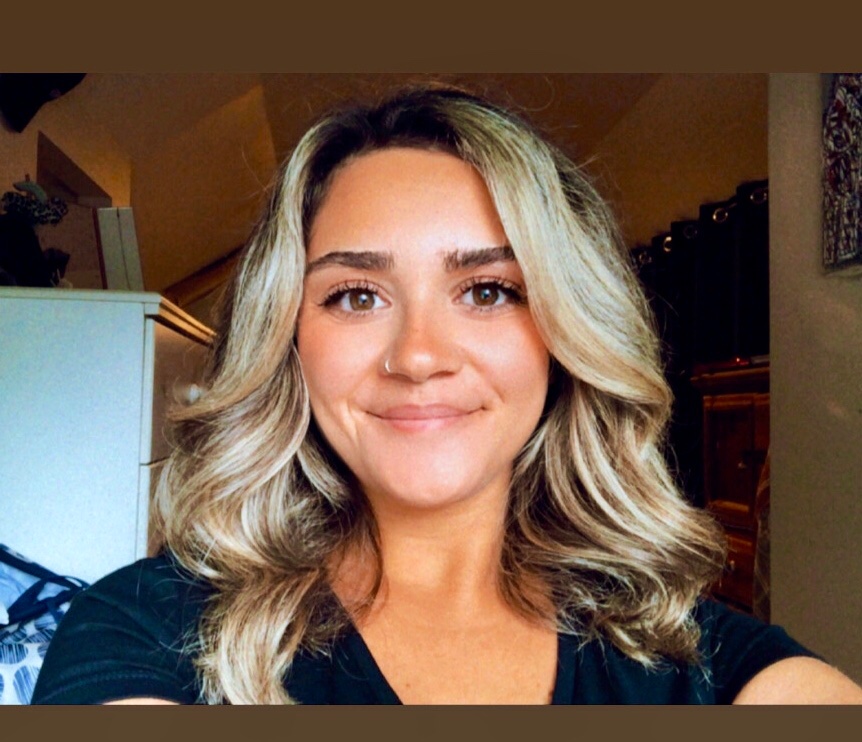 Melanie graduated in 2018 from Northern Michigan University with Bachelor in science. Where she Majored in Art & design, minored in psychology, and got certified in sign language. Melanie is credentialed as an RBT with the Behavior Analyst Certification Board. Melanie has been working with kids diagnosed with Autism for 6 years now and was a mentor for 1 year for children in the DCFS system. Melanie is currently continuing my education in Digital Marketing. When she is not working she enjoys hanging out with friends, family, and her dog Nova. She love drinking Starbucks, doing crafts, shopping, and going on hikes! 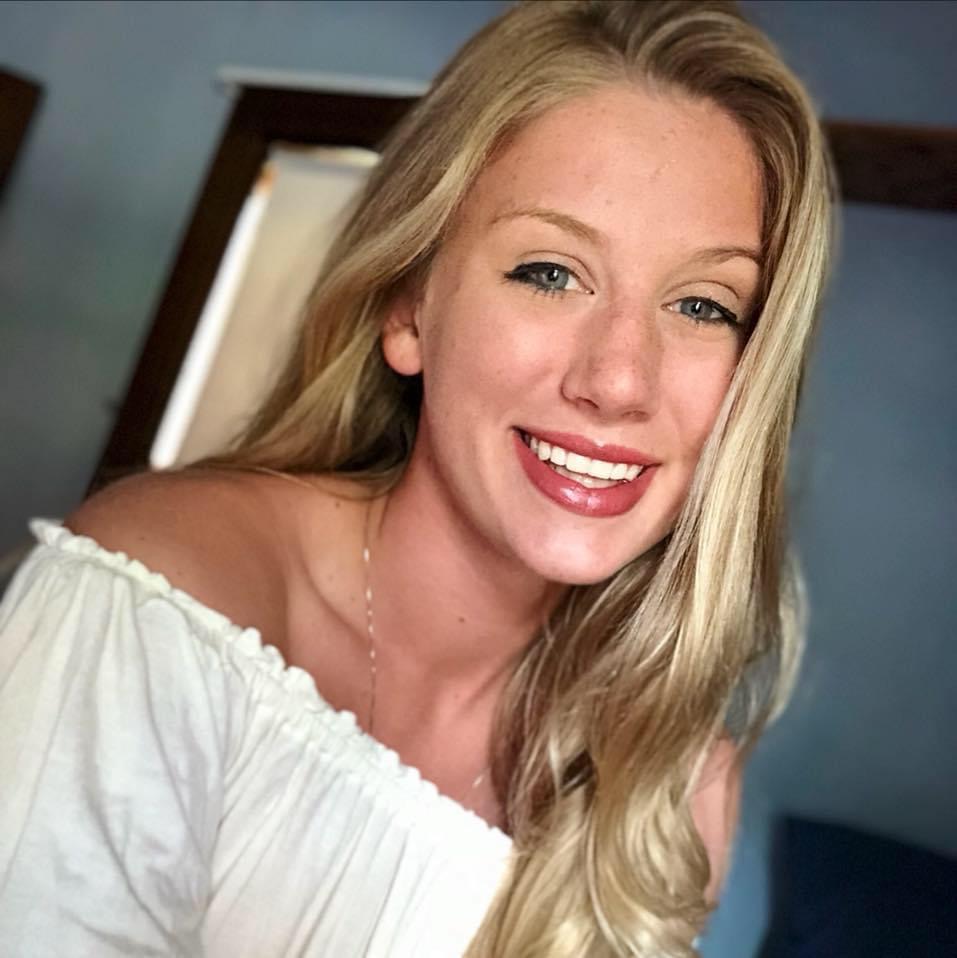 Sarah graduated in 2020 from University of Wisconsin-Green Bay with a Bachelor in Science for Psychology. Sarah is credentialed as an RBT with the Behavior Analyst Certification Board. Sarah has been working with kids diagnosed with Autism for 2 years. When Sarah is not working she enjoys coaching swim lessons, hanging out with her friends and family, and being creative artistically!

ABLLS- is an educational tool used frequently with Applied Behavior Analysis (ABA) to measure the basic linguistic and functional skills of an individual with developmental delays or disabilities.

Analytic-ABA must be analytic, which means that the behavior analyst can control the behavior that is being changed by changing the control behavior. In the lab, this has been easy as the researcher can start and stop the behavior at will.

Aspergers- An Autism Spectrum Disorder (ASD) that is characterized by significant difficulties in social interaction, alongside restricted and repetitive patterns of behavior and interests. It differs from other autism spectrum disorders by its relative preservation of linguistic and cognitive development.

Autism Spectrum Disorder- Characterized by delays or abnormal functioning before the age of three years in one or more of the following domains: (1) social interaction; (2) communication; and (3) restricted, repetitive, and stereotyped patterns of behavior, interests, and activities. Social impairments are marked by poor use of nonverbal communication, difficulty in peer relations, lack of social-emotional reciprocity, and lack of shared enjoyment. Communication deficits may include failure to develop speech, use of stereotyped or delayed echolalia and difficulties maintaining conversations. Social and communication impairments may also cause a lack of symbolic or imaginative play. Restricted and repetitive behaviors may include unusual preoccupations with narrow interests, inflexibility to nonfunctional routines, stereotyped and repetitive mannerisms, and preoccupations with parts of objects Behavior- An observable and measurable act an organism does, including covert (unseen) actions (like thinking etc).  Behavior is not limited to challenging behaviors, rather behavior applies to all observable and measurable acts emitted by a living organism.
Behavioral- Behavior itself must change, not just what the others says about the behavior. It is not the goal of the behavior scientists to get their consumers to stop complaining about behavior problems, but rather to change the problem behavior itself. In addition, behavior must be objectively measured.

Behavior Management-  Behavior management include all of the actions to enhance the probability people, individually and in groups, choose behaviors which are personally fulfilling, productive, and socially acceptable.

Chaining-It involves reinforcing the individual responses occurring in a sequence to form a complex behavior. It is frequently used for training behavioral sequences (or "chains") that are beyond the current repertoire of the learner. It can include: forward chaining, backward chaining, total task chaining.

Consequences- Environmental events that occur after a behavior, these may be planned or unplanned that may have an impact on maintaining a particular behavior of concern.

Down Syndrome- A chromosomal condition  caused by the presence of all or part of a third copy of chromosome 21. It is typically associated with a delay in cognitive ability (men or MR) and physical growth and a particular set of facial characteristics

Echolalia- The automatic repetitions of speech made by another person.

Establishing Operation- An antecedent event or change in the environment that alters the momentarily value of a reinforcing item.

IEP- Individual Education Plan. IEP meetings are annual meetings to discuss a students specific goals and benchmarks which offer a means of measuring the degree and rate of progress a student makes.

Mand- Verbal operants that typically result in the speaker obtaining the item that was spoken. Mands can be thought of as "commands" or "demands", in that a person is commanding or demanding for something. Mands are most often spoken during a time of deprivation (someone is thirsty so they request something to drink) and/or avoiding an aversive situation (asking someone to stop making a certain sound). In addition, mands state what a person does or does not want (motivating operations).

Operant Conditioning- The modification of behavior by using a consequence that is received immediately following a specific behavior. A behavior is either reinforced (increased) or punished (decreased). This can be done in a structured setting but also occurs naturally and unintentionally in everyday events.

PDD- Pervasive Developmental Disorder. This disorder is used when there are severe and pervasive developmental concerns of recipricol social interaction or verbal and nonverbal communication skills.

PECS-A form of augmentative and alternative communication. It is typically used as an aid in communication for children with autism and other developmental concerns. The system has been used with a variety of ages including preschoolers, adolescents and adults who have a wide array of communication, cognitive and physical difficulties.

Positive Reinforcement- The presentation of a stimulus that increases the future likelihood that a behavior will occur.

Positive Reinforcer- A stimulus which is presented following a behavior which increases the likelihood that the behavior will occur in the future. Punishment- The term punishment in the field of ABA means to "reduce behavior".

Selective Mutism- Selective Mutism is an individual’s persistent failure to speak in specific social situations; this mutism is selective because these children otherwise speak freely and normally.

Self-Stimulation Behavior- Stereotypy or self-stimulatory behavior refers to repetitive body movements or repetitive movement of objects. This behavior is common in many individuals with developmental disabilities; however, it appears to be more common in autism.

Sensory Processing Disorder- A neurological disorder causing difficulties with taking in,processing and responding to sensory information about the environment and from within the own body.

Shaping- Reinforcing successive approximations to a terminal behavior until the terminal behavior is exhibited.  Stimulus- Any thing or event that can affect behavior. A stimulus exists even if nobody responds to it.

Tact- A term used to describe a verbal operant in which a certain response is evoked (or at least strengthened) by a particular object or event, or property of an object or event.

TAG Teaching- TAG stands for teaching with Accoustical Guidance. In TAG teaching, a target behavior exhibited correctly is indicated by a click of a clicker.
Verbal Behavior- Analyzes human behavior  encompassing what is called language, linguistics or speech.

Unconditioned Reinforcer- Reinforcement that is inherent. You do not have to have experience with in your past for it to be reinforcing. (ex. food, clothing, shelter etc)